Getting Started in the TERMS Industry (Part-Time or Full-Time) 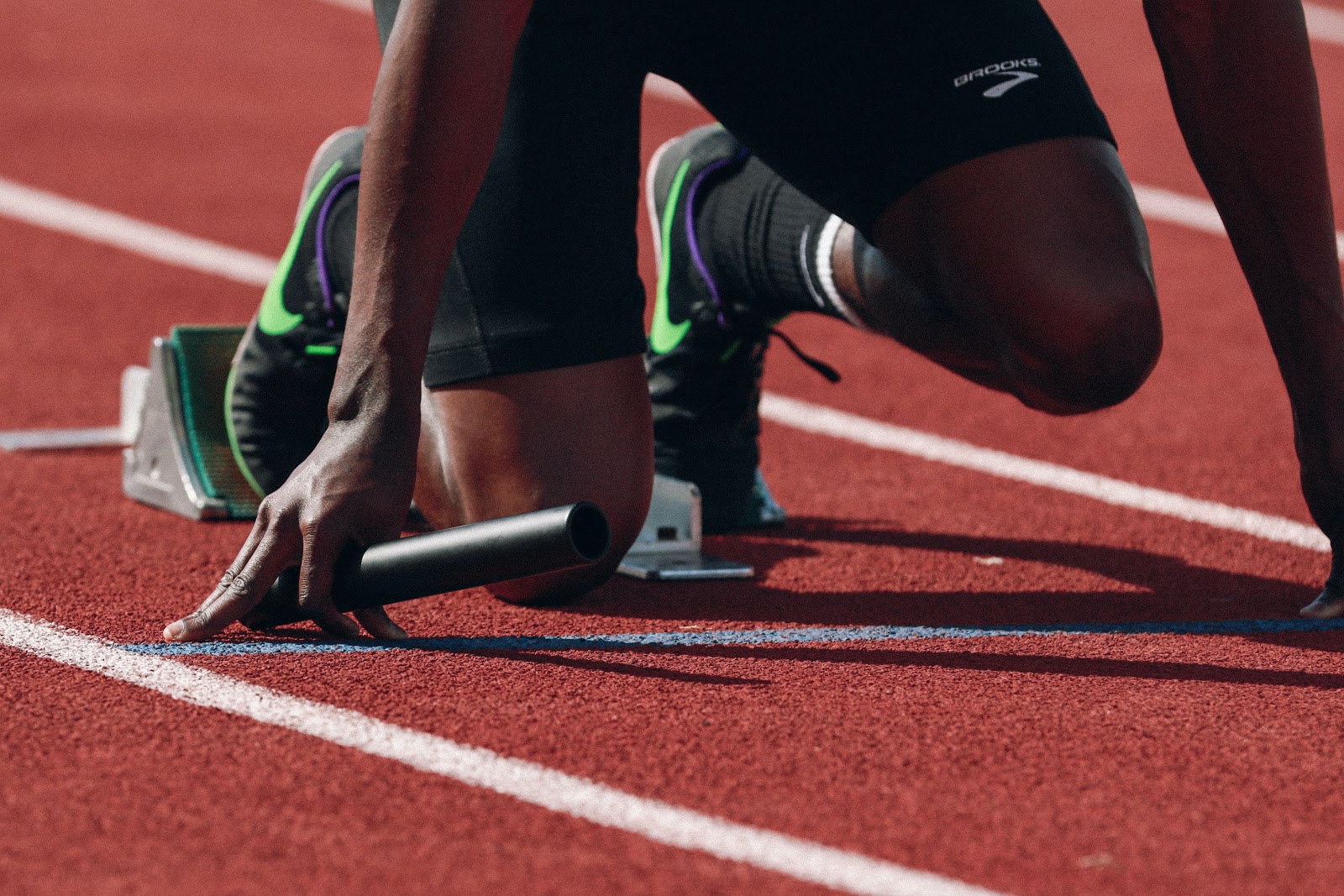 We understand that getting started in a new industry, especially if you have no prior experience, can be daunting and discouraging. But making the switch into the TERMS industry, whether you have prior real estate experience or not, can be a truly life-changing moment. It was for Mike Makredes, who is now one of our certified coaches, and it can be for you too.

Mike joined us while he was still working a full-time sales job and managed to quickly master the TERMS niche. Here's his advice on how to get started in this industry.

I'll start by saying that I never thought getting started in this industry would go so easily. Chris and his team were there every step of the way. It was amazing for me, especially not having any real estate background. Chris’s team helped me get deals under contract with sellers and helped me all the way through to getting the buyer and closing them out, getting them in the house, and collecting a check. That was the main thing—once you get that check in hand, it all comes together, and you’re even more motivated because you actually have cash in hand.

In the beginning, when you’re starting out, you’re learning every step, and it’s a lot to take in for somebody who’s not in the business. But Chris and his team have it all planned out step-by-step, and there’s nothing else out there like it. When you get that first check in hand, it changes everything.

Obviously one of the first things you need to do when getting started in this niche is to make some calls. I was a little nervous to make calls at first because it was all new to me. But you can’t look at it that way. There are so many different sellers out there, so many different homes and opportunities. You can’t worry about that. The call scripts that Smart Real Estate Coach provides made it very easy for me. I kept reading them before I made my calls, even right before my calls, so that I really understood what was in the scripts. If I got a question during my call, I knew how to respond confidently. I knew what I was talking about, so they felt confident in me and in my program, and thought it might have something to offer them.

In the beginning, I was recording my calls and sending them to Chris. He would respond pretty quickly—within a day or two of my call—and I’d read it over and make my changes for the next day. I can’t think of a better way to improve on these calls: as Chris says, five or six calls into it, I just felt so comfortable with it. From time to time I sent more recordings to Chris, but I really didn’t need to after the first few. I still record to this day, just because I’m always looking to critique myself. You can think, “I’m going to change this wording to that” or “I’m going to approach this in a different way.”

There’s always room to grow—that’s my mindset. I’m always going to be a student, always open to learning, because each deal is so profitable, and as they teach us more and hone their way of doing business, it helps us. Just one or two more deals per year, because of some simple adjustments, end up being so profitable.

I will say that it did take some effort to fit this real estate program into my schedule when I first got started. Being in the produce business and on the West Coast, I had to be up at the crack of dawn every day. I had a one-hour commute to my office, so I was on the road very early in the morning, and I got home late. I worked six days a week, and it’s like that about six or seven months out of the year, so I usually did my calls in the car on the way home.

Going into the program, my goals were pretty modest. I knew I needed to learn something totally new in a field I’ve never been in. Not only that but with my work schedule, trying to build up this business was going to take a little time. I told Chris multiple times that I went into this with a three-year plan, and that’s probably way longer than what he would expect anybody to say. I went in with the idea that my first year would be a learning year, and I’d ramp it up in years two and three, but I was ahead of schedule and ahead of my goals in my first year.

This is doable for anybody. It’s predictable. As Chris says, if you stay on track with your numbers, you’re definitely going to get results, and he and his family team have exactly the tracking and systems that you need daily.

One of the things Chris taught me that worked really well on this first deal was not to make an offer. A lot of people ask him, “How do I know how much to offer?” When I first started, I had the same question, but he told me to just put it back on them and let them talk. When you let them talk, they tell you more than what you were trying to get out of them. So all I asked is, “What do you want to get out of this?” Once I ask that question, they have a number in their head that they want. Every seller, of course, is going to want to get the most out of their home, and they think their home is better than everybody else’s, but the main thing is to put it back on them. These sellers knew what they wanted out of it. I didn’t even have to talk them down or anything—I just said OK. But even if they give you that answer, you can often still bring them down even more.

I live in the Fresno area in California, and when I first started out it was very difficult to get a house. So I decided to take Chris’s advice and go a little further out. Pretty quickly, I found two houses about an hour and fifteen minutes away from me. But honestly, that’s nothing. You go look at the house only after everything else is done by email and over the phone—so it’s worth it. Would you drive an hour for $60,000 or $70,000? For my first two deals, I drove five hours both ways, maybe two or three times.

These were expired listings. After I first talked to them, they actually went back to the real estate agent because they thought they could probably sell it, but after three or four months, when it still didn’t work, they came to me. This just goes to show that deals are out there if and when you put into practice what Chris and his team teach.

My first 10 months in the TERMS niche were pretty smooth. The biggest challenge was dealing with my market. That just meant some more dials, more leads per deal. Once I got onto expireds, that number definitely shifted back down, because expireds are a whole other animal, a whole other avenue of leads and opportunities. The bottom line is that you just have to get to know your own numbers, but until you do, Chris and his family team provide averages that you can use to map out your plan.

My other big challenge, in the beginning, was just learning everything. It’s not rocket science: it’s just learning the lingo, learning the process, a lot of little things here and there. You learn what to do here, the paperwork you need there, and Chris and his team help on all that. But that was definitely the part I was nervous about: I’ve never dealt with contracts. That learning curve was the biggest challenge. Everything else was pretty smooth, so it was pretty easy.

Visits with Chris: A Perk of the High 6 Level

Making a visit to Chris’s office, and then having him come to me, wasn’t something that I thought was going to be important. But when I visited him, seeing how Chris’s family runs their businesses totally opened my eyes. They’re doing exactly what they teach, from the seller calls that Zach’s doing to the buyers that Nick’s handling to the tons of things that Kayla’s doing in the background with the other team members. It’s just amazing how they set it up. It seems so complicated, but it’s so simple. Just seeing it shows that you’d be able to do it wherever you’re at. Whatever part of the country you’re in, you can emulate exactly what Chris is doing, grow your own business, and be successful. I’m very happy I made that trip.

It was also great to have Chris out here in my territory. I already had my first house under contract, and we had a viewing together to show prospective buyers. Then we were able to write down a plan and go over all the details of how to build a business and scale it from the beginning. It was great to have Chris in person here in my living room and at the kitchen table, mapping it all out and doing calls together. We planned out what to do each day, down to what part of the day I’d do this or that. We mapped out the whole week like that, and I can repeat it every week. It was pretty cool to have someone with experience, who actually does it himself, help me do it right in my own home. That plan is what I’ve been following ever since. Nothing has changed. It’s like he says, the process is predictable—if you stay on track.